The great migration of wildebeest

The Great Migration is the annual migration of wildebeest, along with other grazers such as zebra’s and gazelles. Each year they migrate from the Ndutu region of the Ngorongoro Crater in Tanzania, trough the great plains of the Serengeti, to the Maasai Mara in southern Kenya .

Over two million (yes million) individuals make the earth tremble as they migrate trough Tanzania’s lands in search of fresh food. Opposed to what some people think, you’re able to see the great migration in Tanzania year round. There are however a few months where many of the animals of the migration are scattered troughout Serengeti National Park, making it less spectacular than seeing them all together.

The great migration is known and famous for two specific events. These events make Tanzania one of the most popular safari-countries in the world and cause thousands of safari-lovers, wildlife-enthousiasts, scientists and tv channels like Animal planet and National Geographic to travel here each year to experience these unique sightings.

The rivercrossing of the wildebeest, northern Serengeti

The most known one is the annual rivercrossing of the wildebeest at the Mara river in northern Serengeti. Here wildebeest, along with other grazers risk their lives and battle with crocodiles patiently waiting for their lunch in the rivers. The wildebeest and other members of the Great Migration have to cross this river to further their journey for fresh food and is often considered one of nature’s most spectacular events!

The river crossing usually happens between July and October, but greatly depends on rainfall and the availability of fresh food sources.

Around February, all the big herds come together and go southwards in the Ndutu area. This area is often called Southern-Serengeti. During the calving season, the Great Migration makes a small pause. During this pause, thousands of baby’s are born each day. This makes it a beautiful and memorable event. For as the river crossing is a time of death and action, this is a time of life. However, lion’s and other predators surely like a taste of easy, freshborn pray.

The Great Migration calving season is the only time of year that you’re almost guaranteed to see the big herds together. Since the migration is in the south, it’s cheaper and takes significantly less time to visit the Great Migration, making it an easier and more affordable option than the famous river crossing. 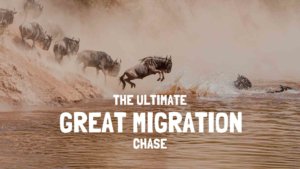 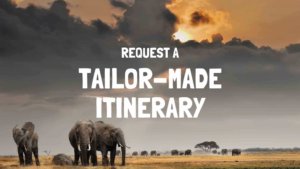 The Great Migration knowns different periods, as they migrate throughout Serengeti on an annual base. We made a short list of these periods which shows where the Great Migration can usually be found. We also listed the pro’s and con’s of visiting the migration in this period.

Don’t be disappointed if your travel date doesn’t exactly fit with the Great Migration! There are plenty of animals to see. People often ask us; ‘If I don’t come at the right time of year, will I not be able to see any wildlife’? Don’t think you won’t be able to find wildebeest or lions, if you can’t find the migration. Wildebeest, along with zebras and other members of the Great Migration can be found throughout the Serengeti, many of these animals are not part of the migration and can be found in any area throughout the year. There is no need to worry. 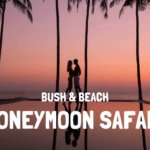 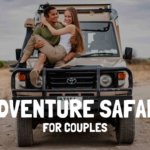 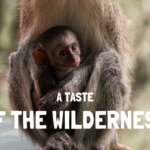 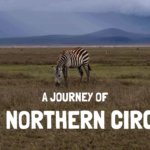 Ask migration: Why does the Great Migration occur & why do the Wildebeest Migrate?

To keep the answer very simple: They are in search for fresh food. The wildebeest migrate the way they do, because they follow the rainfall. The rains greatly influence the availability of fresh grasses and other food sources, so the wildebeest follow.

If the rain season is unpredictable, the Great Migration might be just as unpredictable. They go in between Ndutu and the Northern parts of Serengeti, wherever the grass is greener.

Because of the plentiness of rainfall these last years, not all wildebeest decide to cross the Mara River, risking their lives. So some of them stay behind as there’s enough fresh food on the other side. Why risk your life if you don’t have to? The Great Migration rarely reaches Kenya’s Masai Mara in its entirety, as the savannah can provide enough food for smaller groups of wildebeest all year round.

Great Migration Safari: Where to stay to experience the migration?

Staying right in the center of the Great Migration of wildebeest and seeing them from your camp is every safari-enthousiast’s dream. With our professional advice, we can make that happen.

Arusha Trips has close relationships with many of these camps, making us an excellent choice for your Great Migration safari in every price-range. Our professional safari-experts create completely tailor-made experiences, ensuring you with the best chance of experiencing the migration. We base our advice on years of experience and data of the whereabouts of the migration from the past years.

Need professional advice on your Great Migration safari? Let us make a tailor-made proposal for you or check out some of our great migration safari’s. 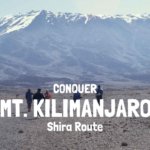 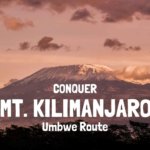 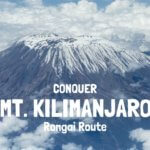 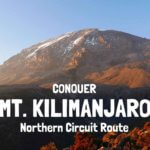 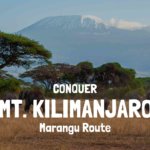 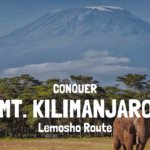 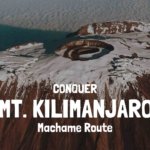